Before cultivation: fishing and picking of oysters

From times of Antiquity until 1852, oysters were only exploited on the Atlantic coast as a fishing resource, where they were “picked” by dredge. In the 17th and 18th century, the oyster grew in popularity from being served at the Royal Court and then among the bourgeoisie. A profitable trade in it, led to the depletion of natural deposits. The arrival of the railway in the 1840s and the resultant growing ease at which trade could be carried out, further increased the pressure on natural oyster resources in the Bay. In 1848, oyster harvesting was almost abandoned. The exploited oyster then became an endemic species – Oestrea edulis, or the flat oyster called a gravette. 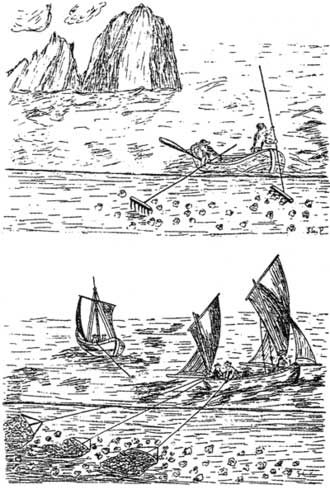 Encyclopedia of Diderot and d’Alembert, illustration from the article on “sea fishing”.
Date: 1771.
Illustration: harvesting oysters using rakes and dredges. 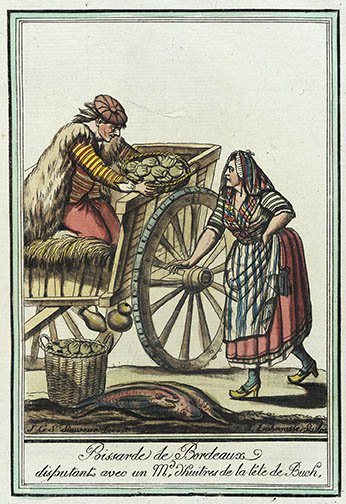 Developments in oyster farming also marked the development of several related economic sectors. There was a growth in shipping merchants, custodians of plots, as well as people involved in exploitation activities due to a strong demand for materials to meet the need for constructing pinasse fishing vessels, ferries and barges, huts, the boundaries of oyster farms, etc. The scientific community was also involved, and we witness the establishment in 1863 of the Scientific Society of Arcachon. 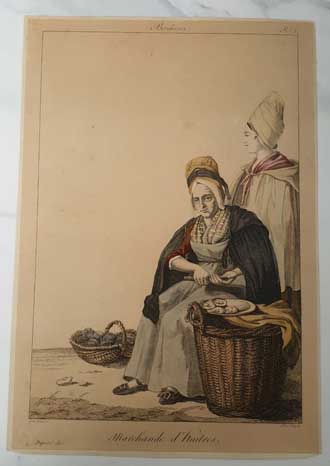 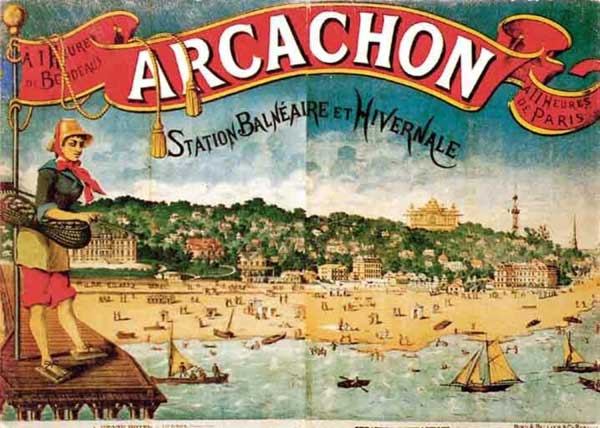 The birth of oyster farming in the Arcachon Bay

The first attempts at oyster farming…

It was thanks to the intervention of Victor Coste, who was commissioned by Napoleon III to develop the production of marine species from the Atlantic coast, that the first technical advances took place. In 1859, he created the first oyster beds and permanent storage points in the Bay: the “Imperial Farms”. In 1858, Victor Coste invented the first spat collector. However, the young oysters tended to be killed or damaged during the stripping process. 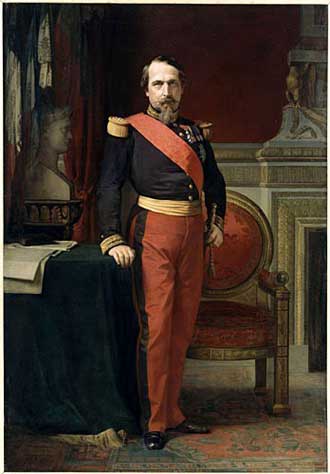 Portrait of Napoleon III wearing the uniform of Brigadier General in his large study at the Tuileries.
Date: 1771.
Illustration: harvesting oysters using rakes and dredges. 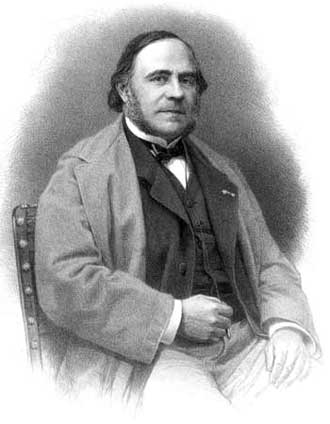 …And the first technical advances

In 1866, a mason from Arcachon, Jean Michelet, innovated and revolutionised collecting techniques in a natural environment by developing tiles that were covered with a coating that was water resistant, friable, and capable of attaching the larvae, thereby allowing the oysters to be detached without damaging them. This innovation heralded the start of oyster farming in the Arcachon Bay. Even today, limewashed tiles are specific to the Arcachon Bay area. 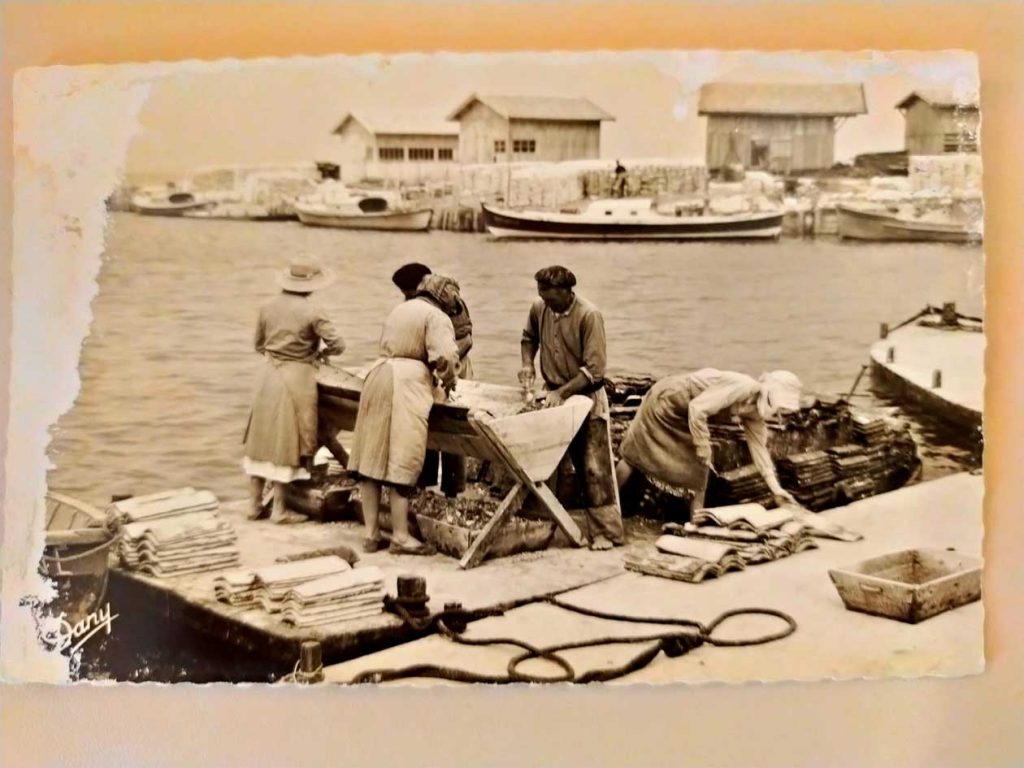 The first successes: the “golden age” of oyster farming

Between 1870 and 1875, the number of farms being operated multiplied fivefold: from 500, the numbers rose to 2,600, a figure which continued to increase until 1890. The oysters marketed were known as farmed and semi-farmed. They were sent to all other French and European oyster centres.

The first crises and challenges of oyster farming

Between 1891 and 1896, poorly organised marketing channels and an explosion in production levels caused prices to fall and oyster farms to be abandoned. This situation resulted in the Bay experiencing its first commercial crisis. However, under the influence of the General Oyster Farming Union, the structuring of the Bay market is improving, as well as its competitiveness at the national level.

In 1920, the flat oyster was decimated throughout France by the aoutbreak of an epizootic disease. Oyster farmers had to find another way to carry out production. They began to cultivate the “Portuguese oyster”, Crassostrea angulata, which was introduced in 1868 following the sinking of a Portuguese ship off the Gironde estuary. 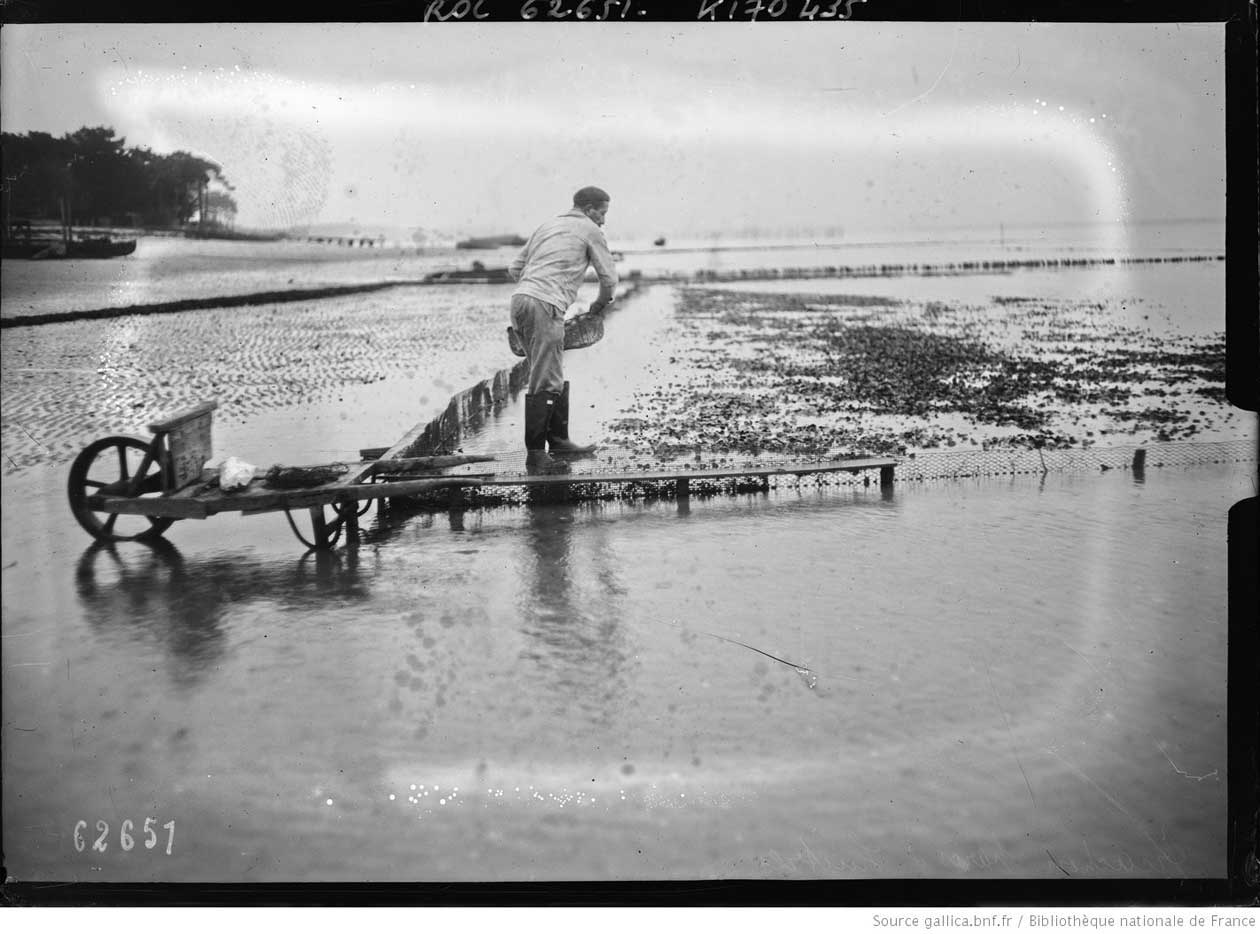 The evoution of practices: from floor rearing to table rearing

Production gradually resumed between 1920 and 1930. The Arcachon Bay took on the role of the first “breeding bay” in Europe. Until 1960, oyster farmers practised “flat farming”. Once the young oysters are detached, they are placed on the ground, regularly turned with a fork and collected at low tide once they are mature. In 1960, the arrival of oyster bags marked the birth of table farming. 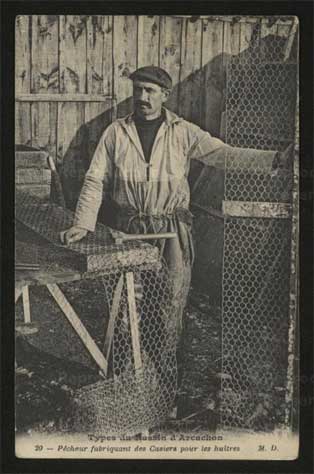 Between 1930 and 1970, production increased at an almost regular pace. From 1960 to 1970, the excessive density of breeding and the poor quality of the waters in the Bay caused a drop in production. The oyster farmers therefore called for better management of the discharge of urban and industrial wastewater in the Bay. This resulted in the creation, in 1964, of an organisation responsible for the setting up of sanitation networks: the Syndicat Intercommunal du Bassin d’Arcachon (SIBA). In 1971, the Portuguese oyster was in turn decimated by an epizootic. It was then replaced, as part of an experimental import operation, by the Japanese cupped oyster: Crassostrea gigas.

The recovery was rapid, and the scale of imports of oysters and spat from Japan and Canada quickly bore fruit. This period also marked a change in marketing practices for oysters, from shipping to direct sales. 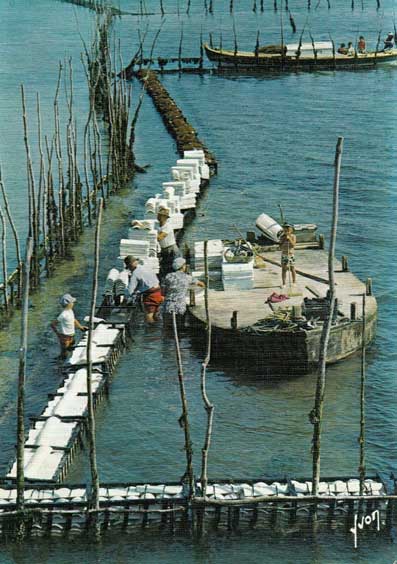 Setting out of limewashed tiles.
Date: 1975.

In 1974, oyster farming suffered a new crisis, the so-called tributyltin (TBT) crisis. This toxic compound, which was present in new boat paints to prevent the marking of boats, disrupted the reproduction of oysters and altered the calcification of their shells. Between 1977 and 1982, the spat harvest was practically non-existant. Production collapsed and there were many bankruptcies.In 1982, France regulated the use of TBT in nautical paints. The catchment area becomes abundant once again and the issues disappeared. 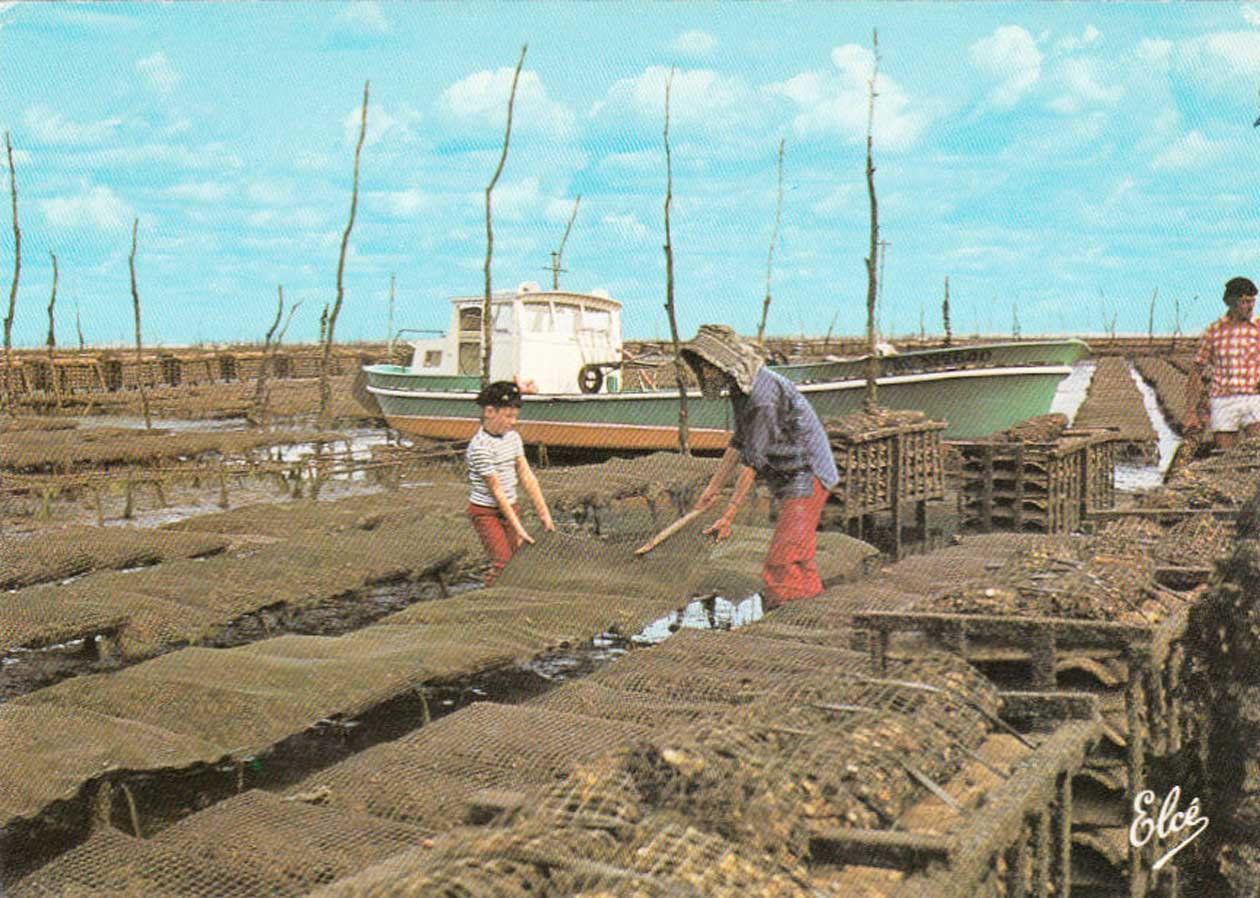 In 1995, IFREMER invented the triploid oyster: supplied by hatcheries, they are sterile and do not use any of their energy on their reproduction. In the 1990s, deep-water farming techniques arrived in the Bay. The cages containing the bags are continuously submerged, which makes it possible to accelerate the “growth” of the oysters.

The current threat to juvenile mortalities

Since 2008, there has been a national summer mortality crisis in relation to young oysters as a result of the herpes virus OsHV1. However, since 2013, we have observed a significant decrease in this trend, but it remains a source of concern with mortalities resuming in 2016. 2020 has been marked by several waves of significant mortalities. The cause has not been clearly established. Experts have noted a correlation between heavy rains and the occurrence of these mortalities. 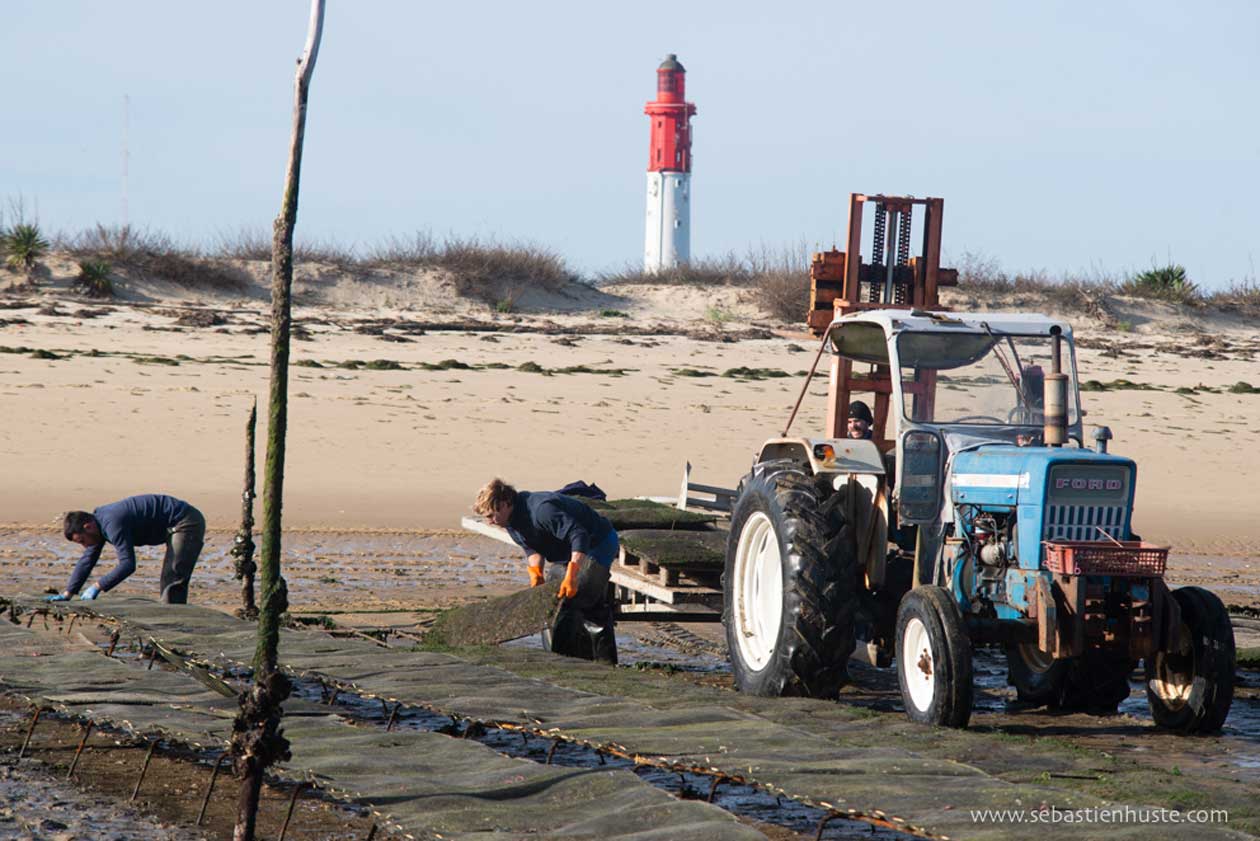